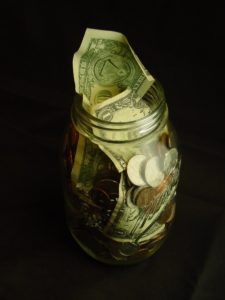 The Department of Labor (DOL) has proposed changes to the Fair Labor Standards Act’s (FLSA) tip pooling regulations. The proposed changes would roll back the Obama administration’s 2011 regulations that prohibited employers from distributing tips to anyone other than front-of-the-house staff who earned them. Following the 2011 Obama administration regulations, the DOL has maintained that tips earned by front-of-the-house employees–including servers, bartenders, and bussers–are the property of the employees, and that employers may not mandate that they be shared with back-of-the-house employees such as cooks and dishwashers. The current rules also allow for a “tip credit,” whereby employers can pay tipped employees less than the federal minimum wage, as long as tips make up the difference.

Lawmakers are now evaluating comments on the new proposed regulations, a process that has no set timeline and could result in the withdrawal, modification, or finalization of the rule change. The DOL Office of Inspector General has also announced that it is auditing the rule-making process related to the new regulations. This announcement came in response to a recent Bloomberg Law report that exposed a previously unreleased internal economic impact analysis showing that workers would lose billions of dollars in tip income as a result of the new regulations.