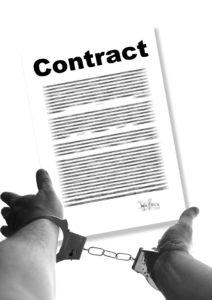 The Act will render “illegal and void” any covenant not to compete entered into after January 1, 2017, between a private sector employer and a low-wage employee.  An employer under the Act is any entity, individual or group of individuals “acting directly or indirectly in the interest of an employer in relation to an employee, for which one or more persons are gainfully employed on some day within the calendar year.”  Despite the broad definition of “employer,” the Act will not apply to governmental entities.

The Act defines a “low-wage employee” as any employee paid the greater of, $13 per hour or the applicable federal, state or local minimum wage.  Therefore, in Illinois, the law applies to all employees earning $13 per hour or less.

Importantly, the Act will not void non-compete agreements entered into prior to January 1, 2017.  The Act also will not affect agreements for the protection of an employer’s confidential information or trade secrets or non-solicitation agreements protecting an employer’s employees or customers.

There has been a recent general trend of challenging non-compete agreements for lower paid workers, and this law follows a lawsuit by the Illinois Attorney General over the use of non-compete agreements by quick service food chains, such as Jimmy John’s, attempting to prevent low-wage employees from working for competitors.

If you have any questions about whether your non-compete agreements or competition policies will be affected by the Act, contact Marcus & Boxerman at (312) 216-2720 or info@marcusboxerman.com.