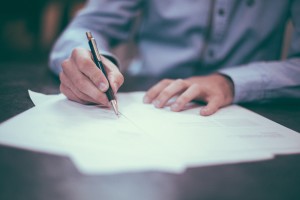 On April 28, 2015 the National Labor Relations Board (“NLRB”) issued an advisory opinion to the NLRB Chicago Region regarding joint employment.  The NLRB concluded that neither Freshii Development, L.L.C. (“Freshii”), a fast-casual restaurant franchisor with over 100 franchised locations, nor its area development agent, is a joint employer with one of its Chicago-area franchisees.

In the summer of 2014, Nutrionality, Inc. (“Nutrionality”), a Chicago-area Freshii franchisee, terminated an employee for attempting to unionize fellow employees. The OGC was called to render an opinion as to whether Nutrionality and Freshii were joint employers, such that Freshii would be liable for any unfair labor practices committed by Nutrionality.

Under the current NLRB standard, franchisors are considered joint employers of their franchisees’ employees only when they “share or codetermine those matters governing the essential terms and conditions of employment,” such as hiring, firing, discipline, supervision and direction, determining wages and benefits, setting work hours and ongoing training of franchisee employees.

In this case, the OGC found that Freshii played no role in its franchisees’ decisions regarding hiring, firing, discipline, supervision, wages, hours, benefits, and labor relations, and has never terminated a franchise agreement for “non-brand related reasons.” The opinion noted that Freshii would not be considered a joint employer under either the current standard or the previous standard.

If the NLRB chooses to revert to the previous standard as the OGC advises, franchisors will once again be left a bit uncertain as to how to protect themselves from joint employer liability, but, for now, employers can best protect themselves by doing the following:

Franchisors should take some comfort in the Freshii opinion, as it reaffirms a franchisor’s right to set requirements for its franchisees that preserve the franchise image and brand, standardize franchise products, and ensure a consistent customer experience. To learn more about joint employment and to find out how your business may be impacted, contact us at (312) 216-2720.