In an advice memo released on May 14th, theNational Labor Relations Board (NLRB) concluded that Uber drivers are independent contractors, not employees. This classification means that under federal labor laws, Uber drivers will be virtually unable to unionize, participate in workplace organizing activities, file labor complaints, or seek protections from the federal government. Additionally, this classification absolves Uber from providing its drivers with healthcare, a guaranteed minimum wage, sick days, and other benefits. 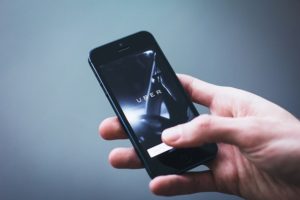 The NLRB’s advice memo finds that because Uber drivers are afforded significant opportunities for economic gain and entrepreneurial independence, they should not be classified as employees. The memo highlights three main features of the Uber system that influenced its decision:

The memo states that these three factors give Uber drivers enough control over their earnings to be classified as independent contractors. Other factors the NLRB relied on in its decision include Uber’s lack of driver supervision, limited interactions between Uber agents and drivers, Uber’s lack of control over drivers’ vehicles, and Uber’s percentage based fee structure.

Many opponents disagree with the advice memo. As a result, there is now a push to advocate for more state-level legislation to protect Uber drivers and other “gig economy” workers. Some countries such as Canada and Germany have gone so far as to define a third classification of worker called a “dependent contractor” – a freelancer who primarily works for one business – which gives those workers some protections such as termination severance, but not as many as full-time employees.

Although the United States may be far from changing its employee classifications on a federal level, some liberal states are working to increase regulation in workers’ favor. Currently, Illinois uses three factors to determine employment status: (1) whether the worker is free from the employer’s control in relation to work performance; (2) whether the worker performs work that is outside the usual course of the employer’s business; and (3) whether the worker is usually engaged in an independently established business of the same nature as the work performed for the employer. An analysis of these three factors can give employers a good indication whether a worker should be treated as an employee or an independent contractor.

If you have any questions regarding how the NLRB memo could affect your business or whether your workers are considered independent contractors or employees, please contact Marcus & Boxerman at (312) 216-2720 or firm@marcusboxerman.com.